Do I Really Need Backup for Office 365? 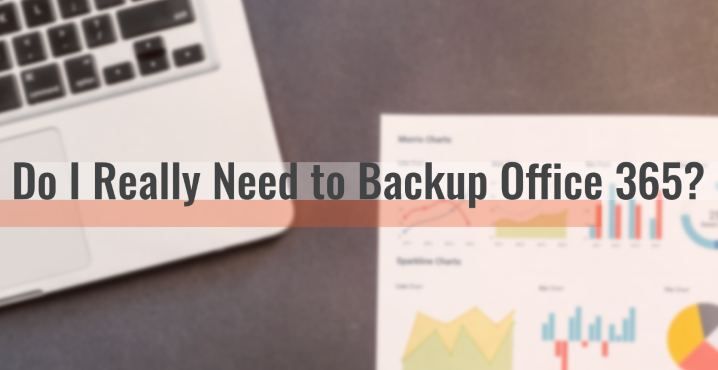 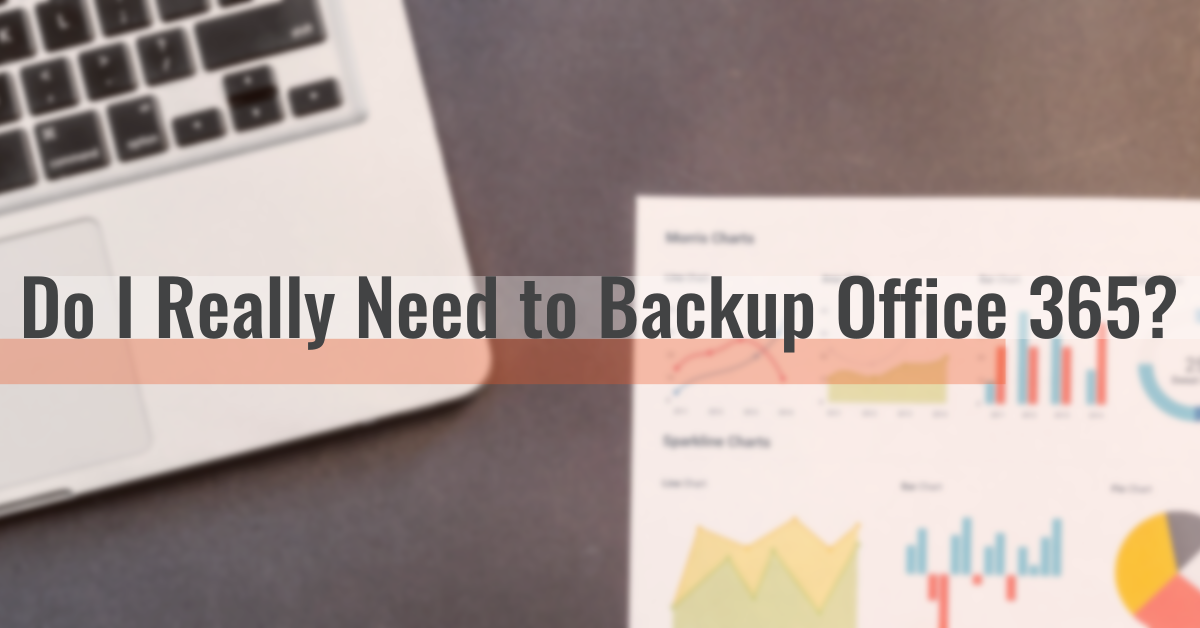 Do I Really Need Backup for Office 365?


Here’s a question that comes up frequently: Do I really need to backup Office 365?

First and foremost – it’s YOUR data – which is likely the most valuable thing your organization possesses. Having this valuable commodity exist ONLY in Microsoft’s ecosystem is, frankly, irresponsible.

Let’s keep in mind the whole point of backup: It enables you to recover from data deletion, modification, corruption, encryption and unavailability.

While Microsoft contends “Office 365 is able to meet and exceed the [data resiliency] requirements of customers” – implying traditional backup is not necessary, it’s clear their measures, as impressive as they are, are not foolproof when something as trivial as an overlooked certificate renewal can cause an outage.

On the other side you’ve got vendors, who just so happen to have a backup product for Office 365, making a big deal of Microsoft not backing up customer data. 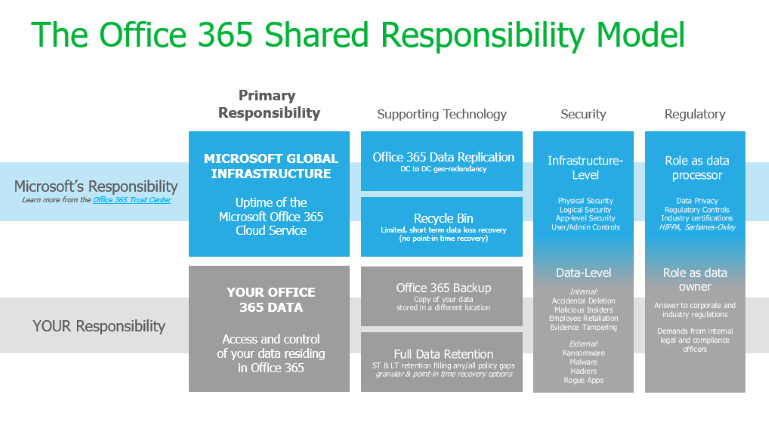 
Between Microsoft’s reluctance to answer whether they backup customer data and the noise backup vendors are making, customers are often left confused.

In the end, it doesn’t matter if Microsoft’s infrastructure is so advanced and well-designed that backup is unnecessary. Or if they do indeed backup your data and choose not to elaborate. As I mentioned previously, not having additional copies of your organizations most valuable commodity is irresponsible.

Jeremy Johnson
Jeremy is a data center technologist with over 20 years experience.
He specializes in storage, virtualization and disaster recovery architecture and implementation.

Top 3 Ways to Protect Your Veeam Backup Data from Ransomware